More than 4,000 Barnet school children have taken part in a simultaneous walking event inspired by the Mayor of Barnet’s Golden Kilometre initiative.

The coordinated walk held on March 16 saw children from eight Barnet schools setting out to cover a kilometre at five different venues around the borough. 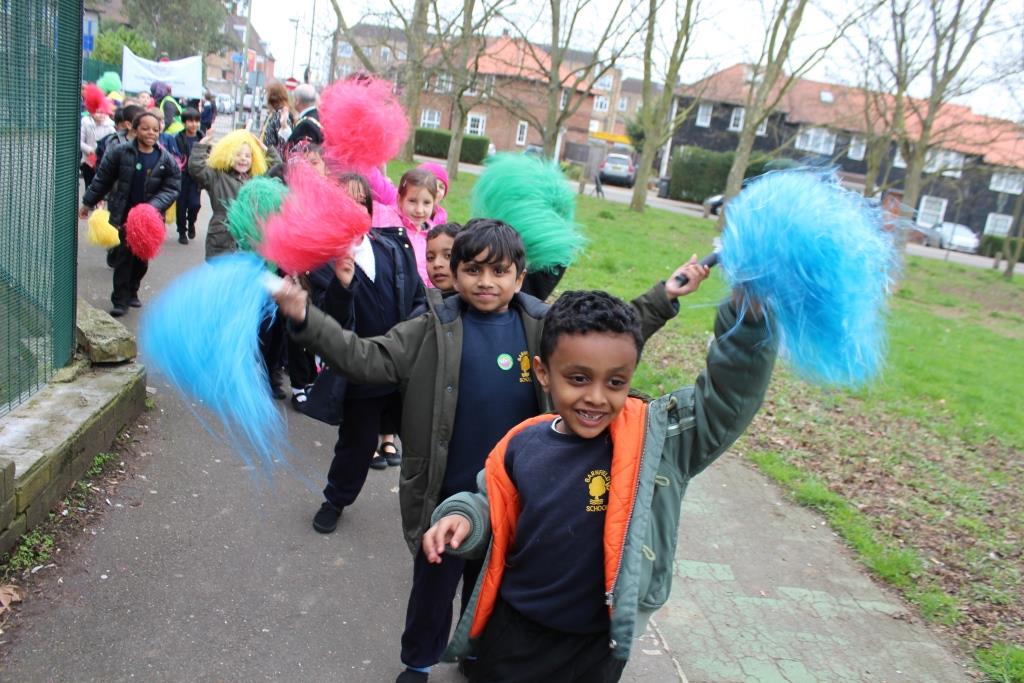 On the day The Worshipful the Mayor of Barnet, Councillor David Longstaff, travelled between each of the five venues with a ‘golden baton’. One pupil from each of the schools then joined the baton’s journey with the Mayor as it made its way around each of the routes which had been measured out in Barnet’s parks.

Pupils from each of the schools donned an item of gold clothing to mark the event.

To inspire more young people to lead healthier and active lifestyles, the Mayor’s Golden Kilometre initiative was launched in 2015 aimed at encouraging primary schools to incorporate more physical activity into their school day, with the added benefits of keeping their pupils fit, active and improving concentration.

The scheme asks schools to map out a one kilometre route around their school grounds or near the school, perhaps in a nearby park or open space, and use this to complete their daily walk, run, skip or jog.

Pupils from 16 schools currently engaged in the initiative have got involved, measuring out routes using a variety of methods ranging from measuring wheels to a smart phone app.

Daily activity is acknowledged to have a marked improvement on children’s health, fitness, and concentration and behaviour in the classroom. 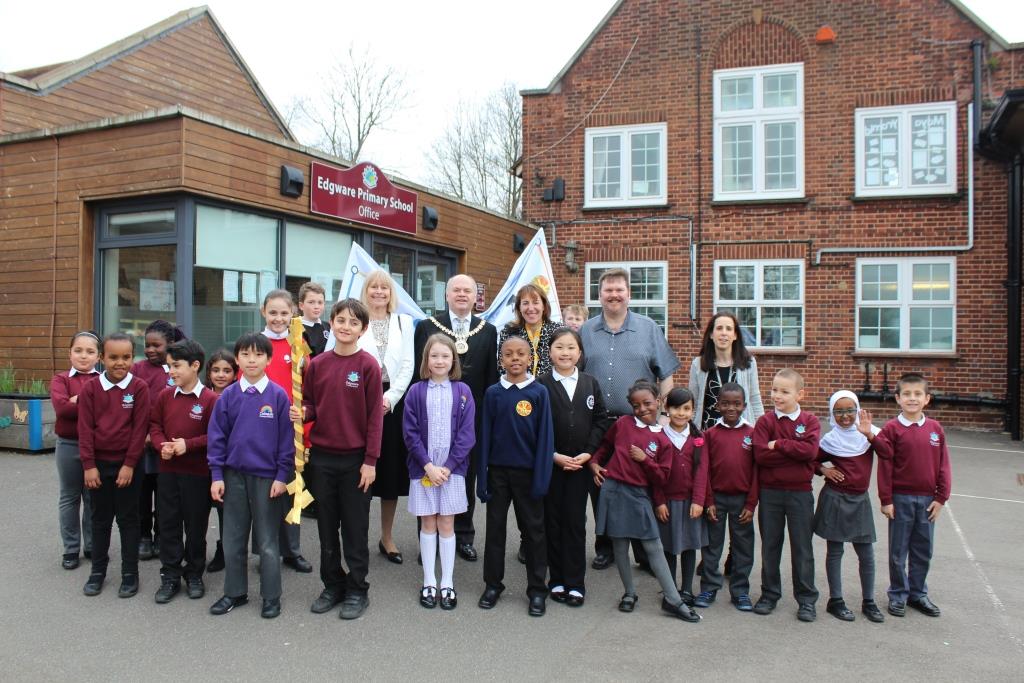 The initiative is being supported by Barnet and Harrow Public Health team, the council’s Sport and Physical Activity team, Saracens Sport Foundation, England Athletics Middlesex University, and the Barnet Partnership for School Sport.

Craig Tallon, Headteacher of Woodcroft Primary, and the event’s coordinator, said: “This event was a fantastic way of encouraging our children to keep fit and healthy and leave them energised and ready to learn.”

The Mayor of Barnet added: “I would like to congratulate all the pupils and staff who have put so much effort into taking part in this event. It was fantastic to see how much enthusiasm the children had for being outdoors and getting active.

“The Golden Kilometre initiative has proved really popular with a number of the borough’s schools and I’m sure we will see even more start to incorporate it into their school day.

“It’s a really inspiring and fun way for children to keep fit and healthy, and ready to learn.”

Councillor Caroline Stock, who initially proposed the idea for the borough-wide scheme, said: ““It’s really brilliant to see so many children today enjoying being active. The Mayor of Barnet’s Golden Kilometre initiative is trying to tackle the issue of childhood obesity and encourage children to do a daily kilometre and change their lifestyle. It’s simple, costs nothing and works.

“Children don’t need special equipment or a change of clothing, they simply go out of the classroom for 15 minutes and complete 1 km. Middlesex University has followed two Barnet schools over just six weeks and seen the positive effect it has on obesity. A further benefit is that both teachers and parents join in and also get fitter!”

More information can be found by visiting: www.barnet.gov.uk/goldenkm