We recently held an event called Activities Matter to help our care providers learn more about the importance of helping people stay active, whatever their age or ability. 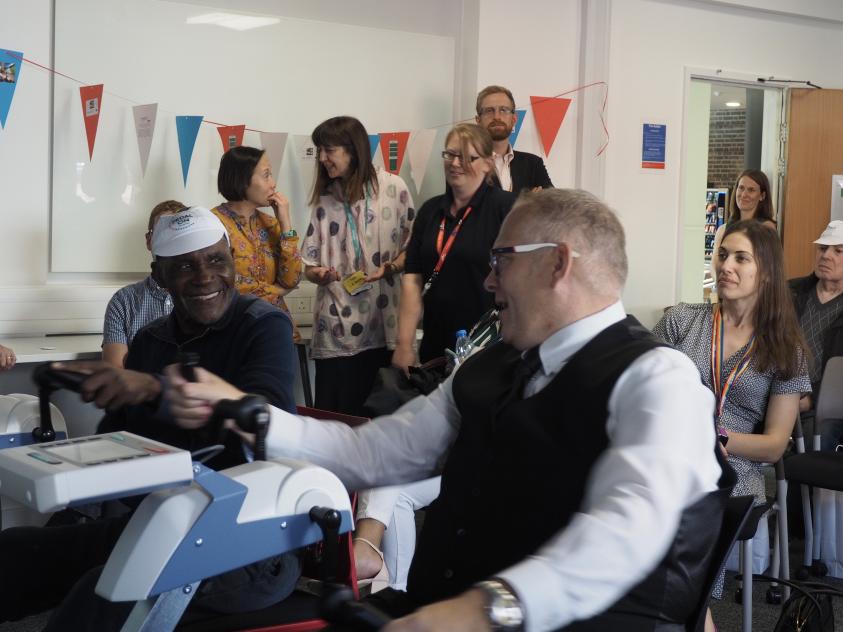 Mohammed Facey, aged 82, has a go on the Motiview exercise bike.

The Worshipful Mayor of Barnet, Councillor Caroline Stock, attended the event on Tuesday 3 September, which was at Middlesex University. See her have a go on the Motiview exercise bike, where residents can cycle – digitally – to wherever they’d like to go.

Mohammed Facey, aged 82, who also tried it out on Tuesday, said: “I found the Motiview exercise bike easy to use. I’d like to use it again!”

More videos: Other devices on display at the event included the Jolly Trolley, while service-providers and healthcare charities such as Kissing It Better told people about what they do.

Councillor Stock said: “Rather than just sitting in a care home, residents are interacting with maybe a bicycle and getting moving, so for me this event has been really exciting. I have been very privileged to meet a number of the stallholders. One had a device where you can and record your memories. For me, it wasn’t so much that the person would have their memories recorded. It was more that when a carer changes, especially if a person’s dementia is getting worse, they can look back and understand what that person’s all about.”