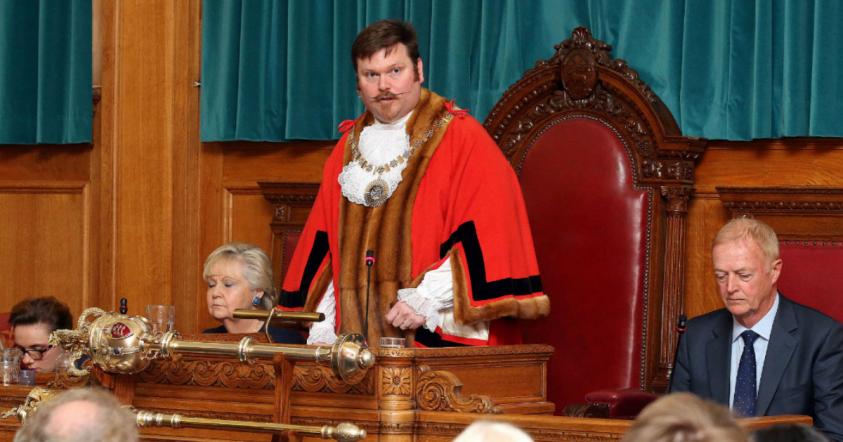 At Annual Council on 22 May, Councillor Richard Cornelius was confirmed as Barnet Council’s Leader for the next four years, with Councillor Daniel Thomas as Deputy Leader.

Full details of all the committee appointments can be found online.

The evening also saw Councillor Reuben Thompstone sworn in as the 54th, and youngest ever, Mayor of Barnet.

He takes over the chains of office from the borough’s previous Mayor, Brian Salinger, who stepped down as councillor this year after serving for 32 years as a member in Barnet.

Councillor Thompstone’s wife Dorothy will be Mayoress, and Councillor Caroline Stock will be Deputy Mayor.

Councillors Thompstone and Stock previously worked on launching the Mayor's Golden Kilometre initiative which has seen hundreds of Barnet children encouraged to be more active across many of the borough’s schools.

Fr Gladstone Liddle will be the Mayor’s Chaplain.

The Mayor’s chosen charities for this municipal year will be Live Unlimited, which was launched by the council earlier this year as a charity to help looked after children fulfil their dreams and aspirations; and Kisharon, which supports Jewish children with learning needs and is partnered with the Childs Hill Library.

Council Leader, Councillor Richard Cornelius, said: “I am extremely proud to continue as the leader of Barnet Council. Like all local authorities, we face a great many challenges. I very much look forward to carrying on with the hard work the council is already doing to meet those challenges, and to ensure Barnet remains a fantastic place to live for our residents.”

The Worshipful the Mayor of Barnet, Councillor Reuben Thompstone, said: “To become the Mayor of Barnet is a tremendous honour and privilege. I am very much looking forward to the year ahead, and to the many opportunities it will offer to meet and serve the many people who make Barnet such a wonderful place.”