Holocaust Memorial Day is very different this year due to the COVID-19 pandemic. 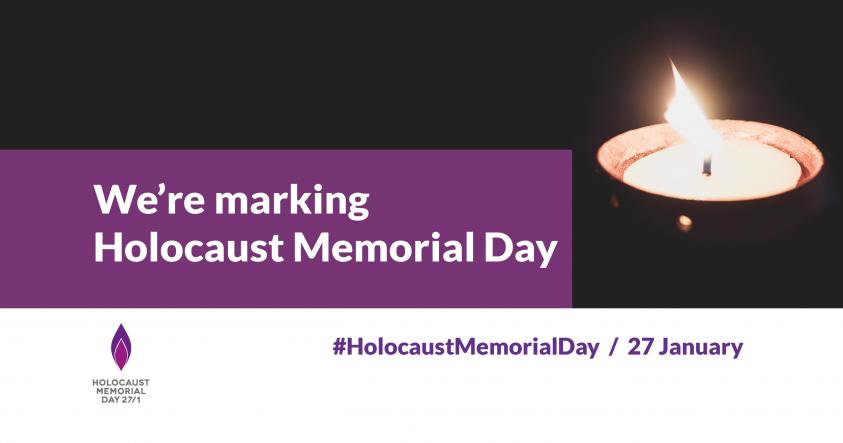 We have created a film that consists of individual video clips from notable speakers and survivors, students, candle lighting, multi-faith messages, musical pieces and poems. The video commemorates and remembers the victims of the Holocaust and genocides around the world.

Guest speakers include the Chief Rabbi Ephraim Mirvis, Robert Rinder, host of the TV show Judge Rinder, and Holocaust survivor Mala Tribich MBE. The video has been released on www.barnet.gov.uk and on our ‘Barnet Council’ YouTube channel.

The Worshipful Mayor of Barnet, Councillor Caroline Stock, visited Nazi concentration camp Auschwitz-Birkenau ahead of the 75th anniversary of its liberation in 2020.

She said: “It changed my life, when I stood in the same places where innocent people were murdered, simply for being who they were. Holocaust Memorial Day is very important, so that we remember what atrocities can take place if we don’t stand together and take a collective responsibility to confront prejudice, racism, hatred and anti-Semitism.

“We are genuinely privileged to live in a peaceful and democratic society. Sadly, since the Holocaust, other genocides have been allowed to take place. I am proud to be part of our diverse and multicultural borough where our growing population live side by side.”

The theme for Holocaust Memorial Day 2021 is ‘Be the Light in the Darkness’ and we will be illuminating Hendon Town Hall in purple in commemoration. Households across the UK are invited to light candles and display them in their window at 8pm on Wednesday 27 January to:

Upload a photo of your candle on social media using the hashtags #HolocaustMemorialDay and #LightTheDarkness.

Find out more about what you can do to mark Holocaust Memorial Day 2021 at: https://www.hmd.org.uk/news/hmdt-blog-five-ways-to-mark-hmd/