Winners of the twentieth London Borough of Barnet Civic Awards were recently paid a special home visit by the Worshipful Mayor of Barnet Cllr Caroline Stock to receive their awards. 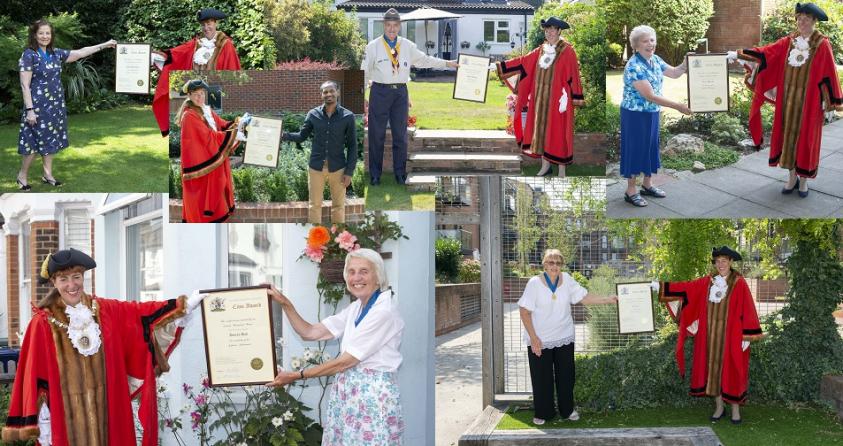 Six Lifetime Achievement awards and two Outstanding Service to the Community awards were presented to eight recipients in recognition of their commitment and dedication to supporting the people of Barnet.

The usual celebratory gathering in the Town Hall was cancelled earlier this year due to coronavirus, and with COVID-19 restrictions ongoing, it has been impossible to reschedule. But Cllr Caroline Stock was not prepared to let that stop her personally thanking the people who have made a huge contribution to Barnet over the years.

She visited the winners – nominated by the public for the good work they have done – in their homes for a socially distanced presentation of their Civic Awards.

Cllr Stock said: “The individuals who have been given the Civic Awards have done wonderful things for our community in so many different ways. The Civic Awards are an important way of giving something back to individuals for everything they have contributed. It is enriching to live in a borough that contains such selfless and motivated citizens, who work endlessly to make Barnet a better place for others. It was a joy to personally hand over these awards and let them know how valued they are as figureheads of our community.”

The winners were presented with framed vellums and a medal.

Nita Bharier was presented with a Lifetime Achievement award. She was recognised for organising and running a twice-weekly day centre for senior members of the community, including keep fit exercises and her own cooked lunch, for more than 40 years. Nita said: “My volunteering helped me as well, doing something good. I benefited more, because I had other volunteers helping and we all worked together. It just happens that my name was at the top of this Civic Award. I was very privileged.”

The winners of the Lifetime Achievement Civic Award were:

Doreen Ball was recognised for her long and outstanding voluntary contribution to various causes, including young families charity Home-Start Barnet, for whom she has given her time since 2004.

Nita Bharier organised and ran a twice-weekly day centre for senior members of the community, including keep fit exercises and her own cooked lunch, for more than 40 years.

Val Lay’s good deeds include setting up and leading a community youth club in Stonegrove for more than 15 years, organising bingo sessions, holiday clubs and much more.

Frank Phillip has been a member of the 15th Finchley Scout Group for nearly 50 years, helping them grow into one of the largest scouting groups in London.

Father Paul Walmsley-McLeod – an Anglican priest for 32 years – has just retired from St John the Evangelist, Friern Barnet, where he has served the local community since 2002.

The winners of the Outstanding Service to the Community Civic Award were:

Elizabeth Xenofontos was recognised for her work within Barnet’s Greek community, helping to produce drama and teaching young people.

Yusr Yasin has volunteered as a first-aid responder for the British Red Cross ambulance service since 2003, and also for the North London Hospice Charity and other good causes. 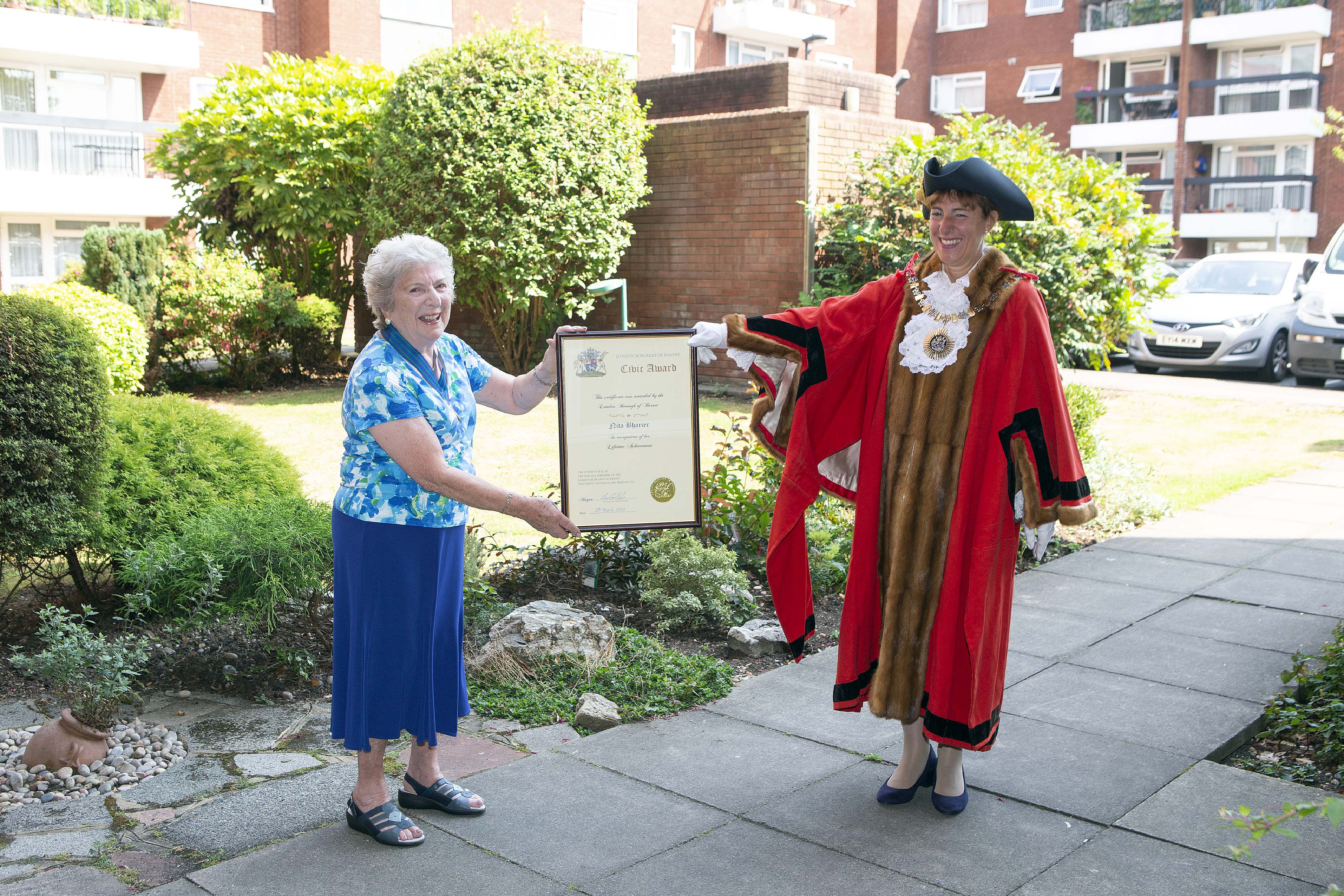 For Nita Bharier, receiving accolades for her five decades of charity work is nothing new – having been given the British Empire Medal in 2012. Her Lifetime Achievement Civic Award is just the latest recognition she has received for her good deeds – but she is modest about the work she has done.

She said: “My volunteering helped me as well, doing something good. I benefited more, because I had other volunteers helping and we all worked together. It just happens that my name was at the top of this Civic Award. I was very privileged.

“I was fortunate enough not to have to go out to work for a paid job, but I like mixing with people. I was a member of the League of Jewish Women, and helping others was just a way of life.”