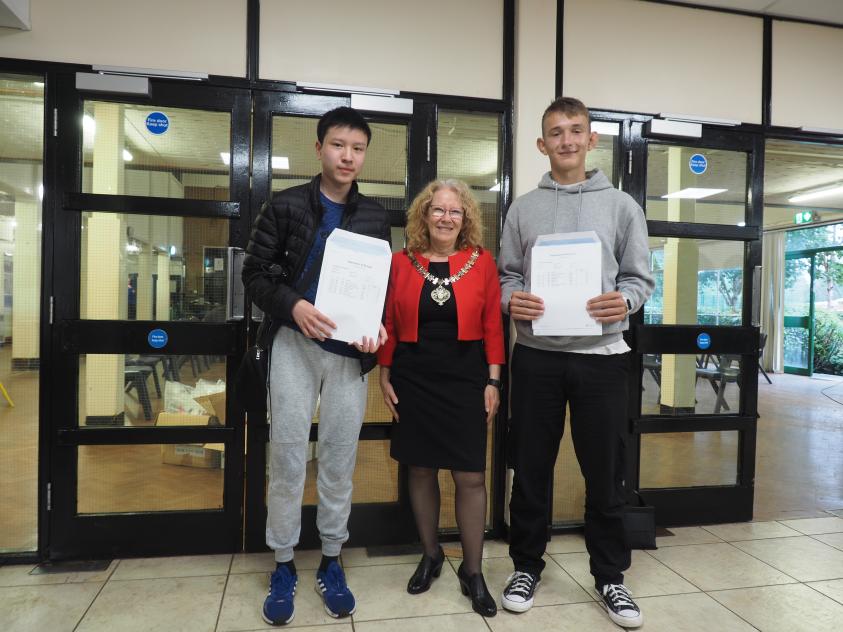 Pupils from The Totteridge Academy

Barnet pupils are celebrating GCSE results today (25 August), with this year marking the first time since before the pandemic that grades are being assigned based on end-of-year exams, rather than teacher assessments.

Most exams and assessments did not take place in the 2019/20 and 2020/21 academic years due to the COVID-19 pandemic, so this cohort of students experienced public exams for the first time ever.

Over the last five years, students in Barnet have performed strongly in their GCSEs, with the borough ranking second highest in the country based on Progress 8 scores* in 2018 and 2019.

Among those picking up their results today were pupils from The Totteridge Academy in Barnet.

He said: “I’m so happy with my results and couldn’t have asked for anything more. I wasn’t expecting to do very well in English, but I did so that’s a relief. The teachers here are really nice and supportive, and they offer you help whenever you need it.”

He said: “I’m very pleased with my results. It was a stressful time, but I received a lot of advice and support from all of my teachers. I found the History exam the hardest, and I’m just relieved it’s all over now. My family are really happy for me too.”

She said: “I felt nervous to open the envelope, but I got better results than I expected. I now plan to attend Sixth Form to study Maths, Biology and Computer Science.”

He said: “I’ve got the results I was expecting and I’m really happy. I’ve put a lot of hard work in, revising all hours and even attending after school revision sessions, so glad to see it’s all paid off. I can relax now and look forward to starting Sixth Form next month.”

She said: “I’ve done better than I thought I would do, the exam process was tough and tiring, but the early morning revision starts were all worth it. I’ll be starting college in September to study Economics, Business and Maths.”

Chris Fairbairn, Headteacher at The Totteridge Academy, said: “Today’s set of GCSE grades cement a very strong year for the school. Our Year 11 students have overcome many obstacles over the past two years to achieve these qualifications of which they are all thoroughly deserving. I am particularly pleased to see so many of our students securing the highest grades, which is testament to their enduring focus and relentless desire to achieve their very best. We are looking forward to welcoming many of our Year 11s back into our Sixth Form in September.”

The Mayor of Barnet, Cllr Alison Moore was also there supporting students this morning at The Totteridge Academy. She said: “I’m delighted to be here with the students celebrating their GCSE results. It has been a challenging few years so I hope they have all received the results they were hoping for. I wish them all the success for the future.”

Councillor Pauline Coakley Webb, Chair of Children, Education & Safeguarding Committee, said: “Pupils across the borough have performed extremely well and they should be very proud of themselves. We expect to see that Barnet is again able to celebrate some very strong GCSE results.

“A lot of hard work has gone into preparing for these exams, and this year’s achievements are a testament to the remarkable dedication of staff and the whole school community.

“I would like to pass on my congratulations and wish our students the best of luck, whether they are choosing to continue their studies through further education or starting an apprenticeship.”

*The Progress 8 score was introduced in 2016. It is an average score for all pupils at a school, showing how well they have progressed academically from the end of primary school to when they finish in secondary education. Pupils’ results at a school are compared to those from children at other schools who had attained similar academic results at the end of their primary education. 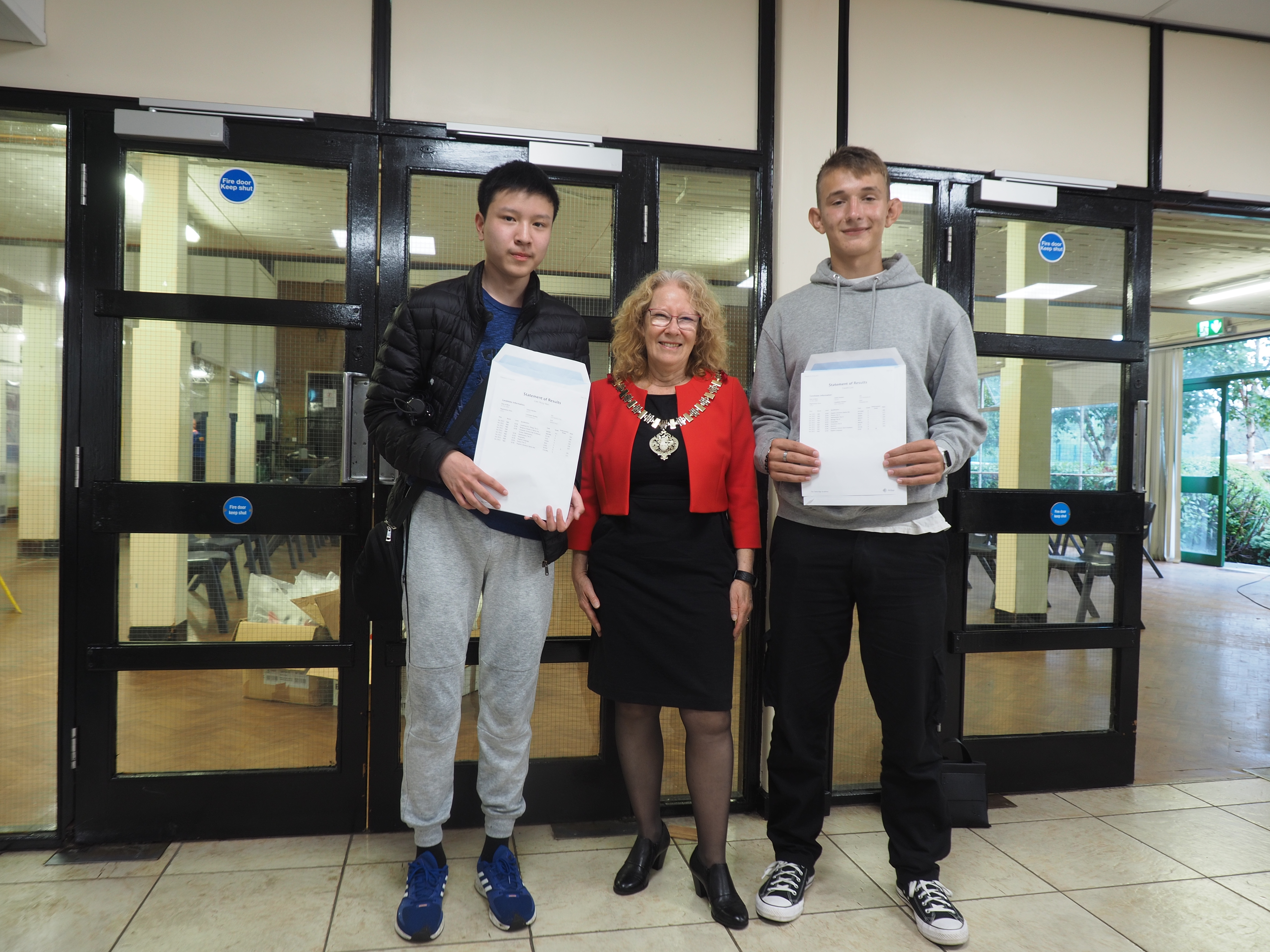 Pupils from The Totteridge Academy