Construction work has begun on the Colindale site of the new office for Barnet Council. 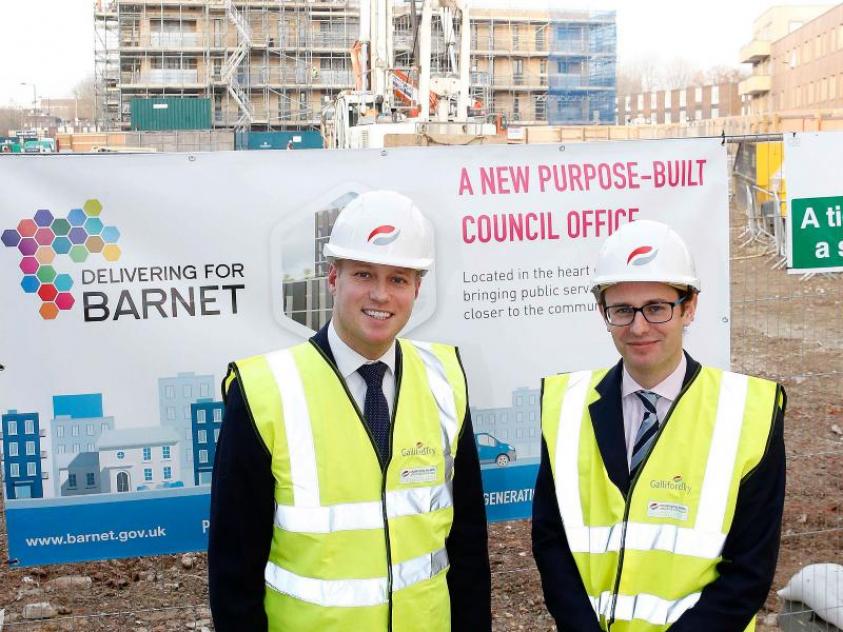 Staff are expected to start moving over to the new 90,000 square foot office development in 2018, which will save £1 million a year through reduced running costs. This is on top of the £4.5 million a year that has already been saved from moving out of one of the buildings at the North London Business Park in New Southgate, the council's main office site alongside Barnet House in Whetstone.

The new offices are being built at the southern end of Bristol Avenue near its junction with Grahame Park Way. This will integrate the council into one of its flagship regeneration areas, in a vibrant new community with major infrastructure improvements, improved transport links, a newly built college campus, community health facilities, replacement library, community and children’s activity centre.

Barnet’s overall growth and regeneration programme will generate more than £11 million of additional recurring income for the council to spend on frontline services by 2025, together with £50 million of one-off income by the end of the decade to be invested in infrastructure.

The move also forms part of the council’s Locality Strategy, which has been developed to ensure staff are based in the most appropriate locations across the borough to allow them to work securely, safely and effectively, close to the residents they serve. The new building will include a business hub in the ground floor for local start-ups as part of Barnet's strategy to become the best place in London to be a small business.

A Family Friendly Hub will also be established in the east of the borough, including both an office base for some family services and also suitable facilities for meeting with children and families. This will be in addition to a similar provision at the new council offices to cover the west of the borough.

“I am very pleased to be here to see the buildings works for the new Barnet Council offices commence. This move will not only bring council offices closer to the community but provide new jobs and support to local businesses.”

Galliford Try are carrying out the construction work for the site which is being project managed by Re. Re (Regional Enterprise) Limited is the joint venture between the London Borough of Barnet and Capita plc.