Headteacher of the Year announced

The achievements and passion of one of Barnet’s teachers have been recognised after he scooped a prestigious national award to be named Primary School Headteacher of the Year. 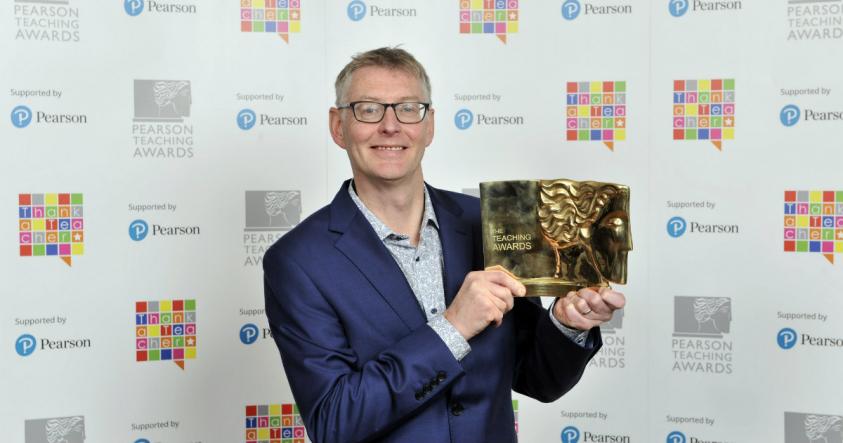 image of Chris Flathers, headteacher of the year

Chris Flathers, who has served as Headteacher for the Orion Primary School, Edgware, since 2000, and nearby Goldbeaters Primary School since 2004, received the accolade during a special ceremony televised on BBC2 last Sunday (28 Oct) as part of the Pearson Teaching Awards.

The award acknowledged his inspirational work as a headteacher, as well as his support of pupils' families and the wider community through numerous projects, such as the five-week long learning festival ‘GO FEST’, holiday clubs, weekend football and the recently launched ‘BYT’ charity.

Under Mr Flathers’ leadership, the schools have clocked up five outstanding OFSTED grades, and this year, both schools received Mayor of London ‘Schools for Success’ awards.

He said: "I have worked very hard for the community over many years and so appreciate the unbelievable support given to me by everyone. This award is dedicated to the amazing people of Grahame Park and Burnt Oak and to the incredible staff past and present who work alongside me in making learning and lives better."

Councillor David Longstaff, Chairman of Barnet Council’s Children, Education and Safeguarding Committee, said: “Many congratulations to Mr Flathers on being recognised as headteacher of the year, it’s a superb achievement and we are all extremely proud.

“He is a true inspiration to all of his pupils, parents and staff.

“Congratulations also go to the other teachers who received awards - for so many Barnet teachers to be acknowledged in this way nationally is tremendous, and really reinforces how good our schools are and how fortunate we are to have such fantastic staff.”

The awards ceremony can be watched via the BBC iPlayer.