A builder who blighted his street by storing debris and construction materials outside his home, has been jailed for failing to clear the land. 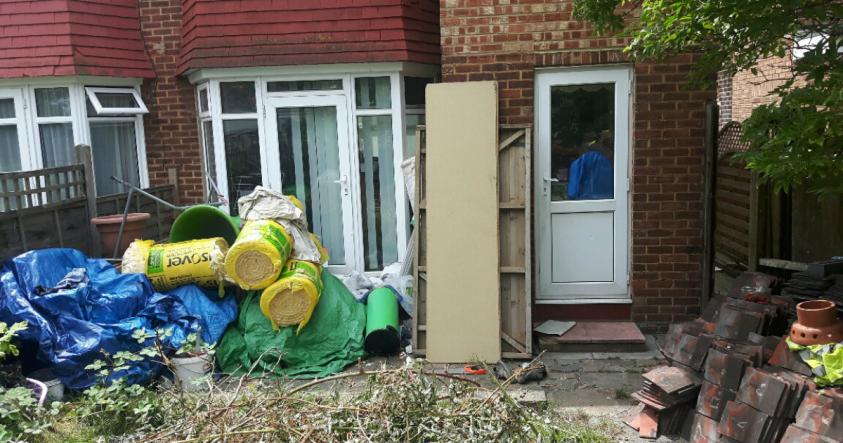 Patrick Cusack, 51, of Pentland Close, Golders Green, was jailed for two months after repeatedly ignoring action being taken by the council’s Planning Enforcement team requiring him to clear the front and back gardens of his semi-detached home.

The land surrounding the house was left strewn with builder’s waste and materials, and even a van left parked in the driveway was used as a place to store further rubbish.

Cusack’s failure to heed numerous warnings had already landed him in court in 2010 when he was fined, before his case was taken to the High Court, and he was eventually jailed for two months for the first time in 2012.

Despite keeping his property clear for a time following his first jail term, he was found to have offended again and was brought before magistrates in August 2017. He was handed a two-month suspended prison sentence on the proviso he cleared the land surrounding his home, and kept it clear.

But Cusack failed to clear his land, and within weeks planning enforcement officers discovered he was once again bringing materials and debris into his garden.

Officers found he was using the land to store a whole host of builder’s waste ranging from rubble and tarpaulins, to roofing felt and carpets.

After several visits, the council’s Planning Enforcement team applied to the court for Cusack’s suspended sentence to be activated. He appeared in court on 8 March and was jailed for two months.

Cath Shaw, Barnet Council Deputy Chief Executive, said: “This case highlights how important it is to heed planning enforcement warnings. It is not acceptable to ignore action being taken and it can ultimately result in a large fine, court proceedings and even time in prison.”

Anyone wishing to report a possible planning breach should contact the council’s Planning Enforcement team by email or by calling 020 8359 3000.