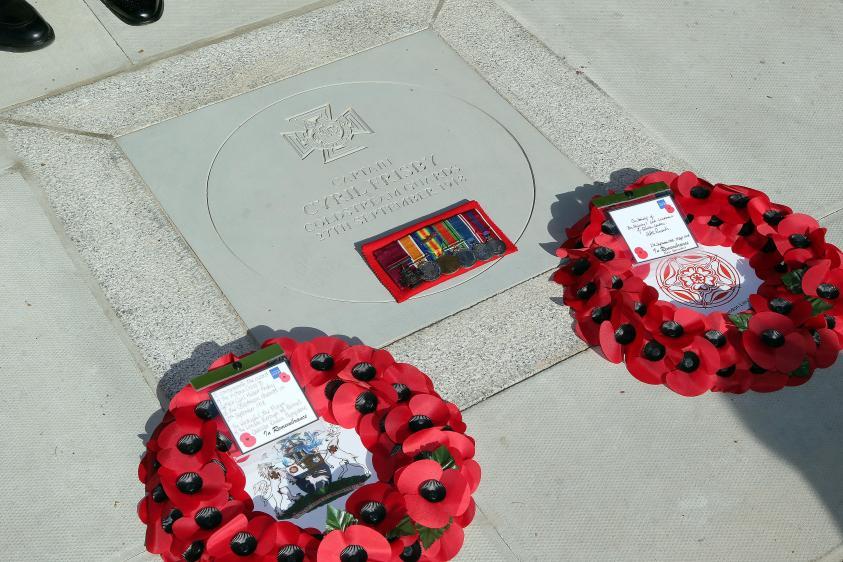 The Mayor of Barnet, Cllr Alison Cornelius, will lead a service at Hendon War Memorial for Armed Forces veterans and their families to mark Remembrance Sunday (14 November). The service will follow a parade at Hendon and will be the first since 2019 as COVID-19 social distancing restrictions prevented gatherings in November 2020.

Ahead of the Remembrance Sunday service, the Mayor paid tribute to the people of Barnet who have served in the Armed Forces: “On this Remembrance Sunday, let us take time to show our gratitude to those who have served our country to protect our freedoms and way of life. The history and people of Barnet are closely associated with the Armed Forces. Today, we are home to three Army units, 11 cadet units and 9,000 veterans.

“Each year, Remembrance Sunday gives us the opportunity to pause and reflect on the huge sacrifice that so many have made over the years by laying down their lives not only in the two World Wars, but also in recent conflicts.

“This year, the Royal Family will be leading the Nation’s tribute at the Cenotaph. As Mayor of Barnet, I have the enormous privilege of leading the borough’s tribute at Hendon War Memorial. Many of my colleagues will also be laying wreaths all around the borough. I encourage everyone, wherever they may be on Remembrance Sunday at 11am and on Armistice Day on Thursday 11 November at 11am, to observe a two-minute silence in honour of those whose ultimate sacrifice has paid the price of our freedom.

“Let us all join together in praying for peace and tolerance in our increasingly fearful and divided world, as we face the future together.”

Earlier this month, Hendon Town Hall hosted an event to honour the renewing of the Armed Forces Covenant in Barnet. Sixteen signatories from Barnet Council, Armed Forces, Reserve Forces and Cadets Association, veterans, and representatives from the health, education, employment, housing, faith and voluntary sectors and the emergency services took part in the signing ceremony.