Provisional results from 16 of the borough’s 23 state maintained mainstream schools predict that pupils in Barnet are set to once again perform better than the national average. 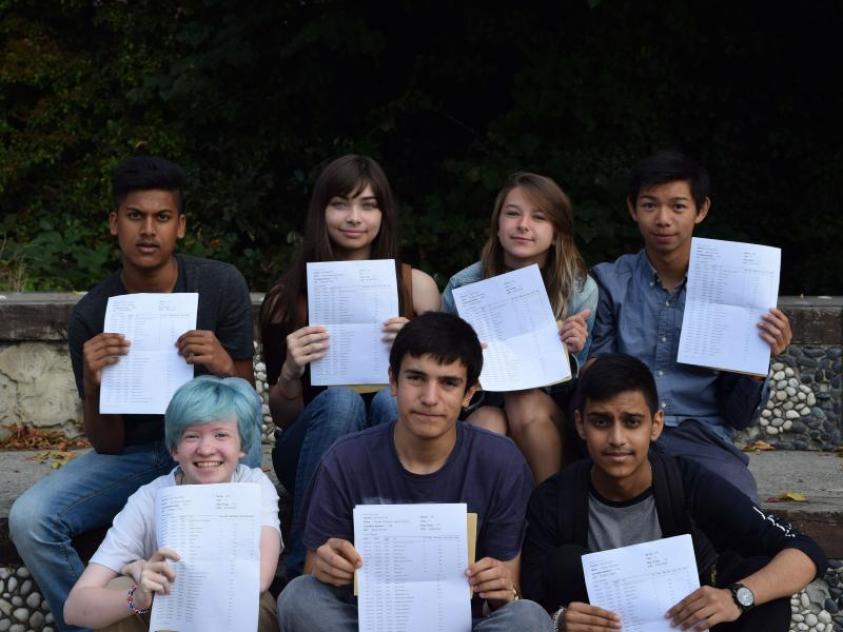 This year sees the introduction of a new nation-wide system for measuring students’ attainment.

‘Attainment 8’ measures the achievement of a pupil across eight qualifications including English and Mathematics.

‘Progress 8’ measures the progress pupils make from the end of primary school to the end of secondary school by comparing their results with the average of other pupils with the same prior attainment.

Results so far show the average Attainment 8 score in Barnet is 55 points compared to the national average in 2015 of 48.4 points.

This means the average grade per qualification is a GCSE grade C+ in Barnet.

This compares to the national average GCSE grade in 2015 of C-.

From the results received so far the proportion of pupils who achieved an A*- C grade in both English and Maths is currently 72.2 per cent. This is above the 2015 national average of 59 per cent, and an increase of 1.2 percentage points from last year.

In 2015, Barnet was ranked top in the country for the proportion of pupils who achieved the English Baccalaureate (EBacc); this measure reflects pupils who achieve an A*-C grade in all of English, Maths, Science, Humanities and a Language. Attainment in this measure is strong in 2016 at 38.8 per cent compared to the national average in 2015 of 24 per cent.

Among the hundreds of pupils collecting their results on Thursday was 16-year-old Hendon School pupil Rohan Dabasia, from Colindale. He achieved 5 A* grades and 6 A grades. He is now planning to go on and study Maths, Economics, Government and Politics, and Geography at A level.

He said: “Over the summer I tried to enjoy my time and put it to the back of my mind. I wasn’t too nervous but I did start to get a bit as the day got closer and closer. When I opened my results I was surprised but really pleased when I saw what I had got.”

Also collecting her results from Hendon School was 16-year-old Rose Stevens from Brent Cross. She achieved 4A* grades including one in Japanese, 5 A grades and one B.

She said: “I was pretty nervous because I didn’t think I was going to do as well as I did. I am really pleased that it worked out better.”

Councillor Reuben Thompstone, Chairman of the Children, Education, Libraries and Safeguarding Committee, said: “Congratulations to all those students who have collected their GCSE results. There have been some changes to the way GCSE results are recorded this year but once again Barnet schools have performed extremely well.

“Our students’ achievements are the result of a great deal of hard work and the commitment and skill of all of our fantastic teaching and schools staff.

“We are extremely proud of all that the borough’s schools have achieved.”