A Tommy sculpture to commemorate the first British soldier to die in the First World War, Private John Henry Parr, has been unveiled. 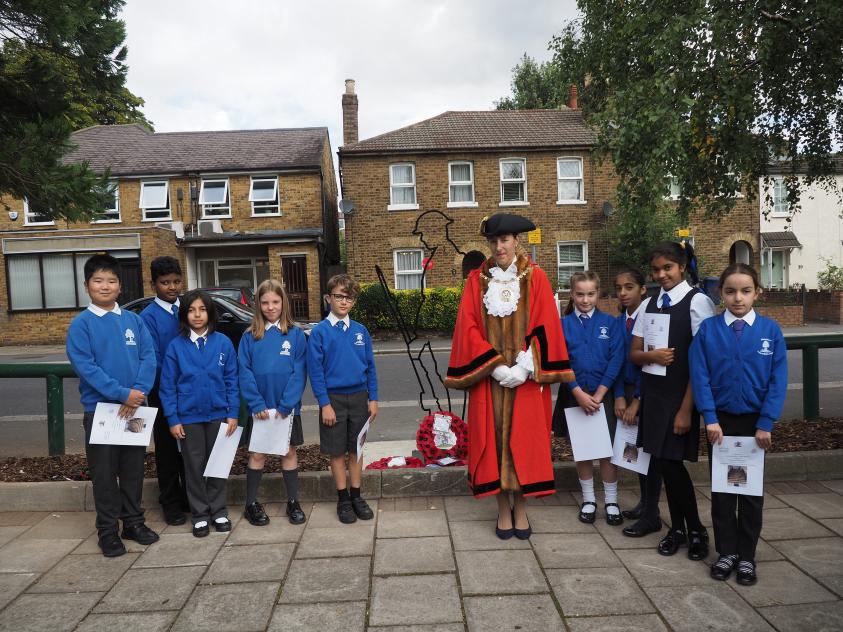 The Worshipful Mayor of Barnet, Councillor Caroline Stock, with children from Northside Primary School next to the new Lodge Lane Tommy sculpture in North Finchley.

The memorial – donated by John Seigal to the Barnet War Memorials Association (BWMA) – can be found on the edge of Lodge Lane Car Park, North Finchley. It was unveiled by Iris Hunt, a relative of Private Parr’s.

The Worshipful Mayor of Barnet, Councillor Caroline Stock, said: “We know that locally in Finchley as soon as war was declared in 1914, young men like John Parr immediately went off to fight to protect our principles and sadly gave the ultimate sacrifice. Which is why I was so determined that this silhouette was placed here in Lodge Lane, so that people carry on remembering those that gave their lives for us to live in freedom.”

From the 114 houses in Lodge Lane, Albert Street and William Street – which ran through what is now the car park – 111 men fought in the First World War. Martin Russell, Deputy Lieutenant of Greater London, said that at least eight – possibly 12 – of them died during the war.

He said: “We have remembered their families too, and all those that they left behind, and the wounds our soldiers suffered, and those who later died of their wounds.”

John Seigal said: “Hopefully all the kids, and everybody who uses the car park and walks up and down the street, will remember.”

More than 100 people attended the recent unveiling ceremony, including pupils from nearby Northside Primary School – one of whom read a poem of remembrance to mark the occasion.

The memorial will be included in the Barnet Heritage Walks as a point of interest. 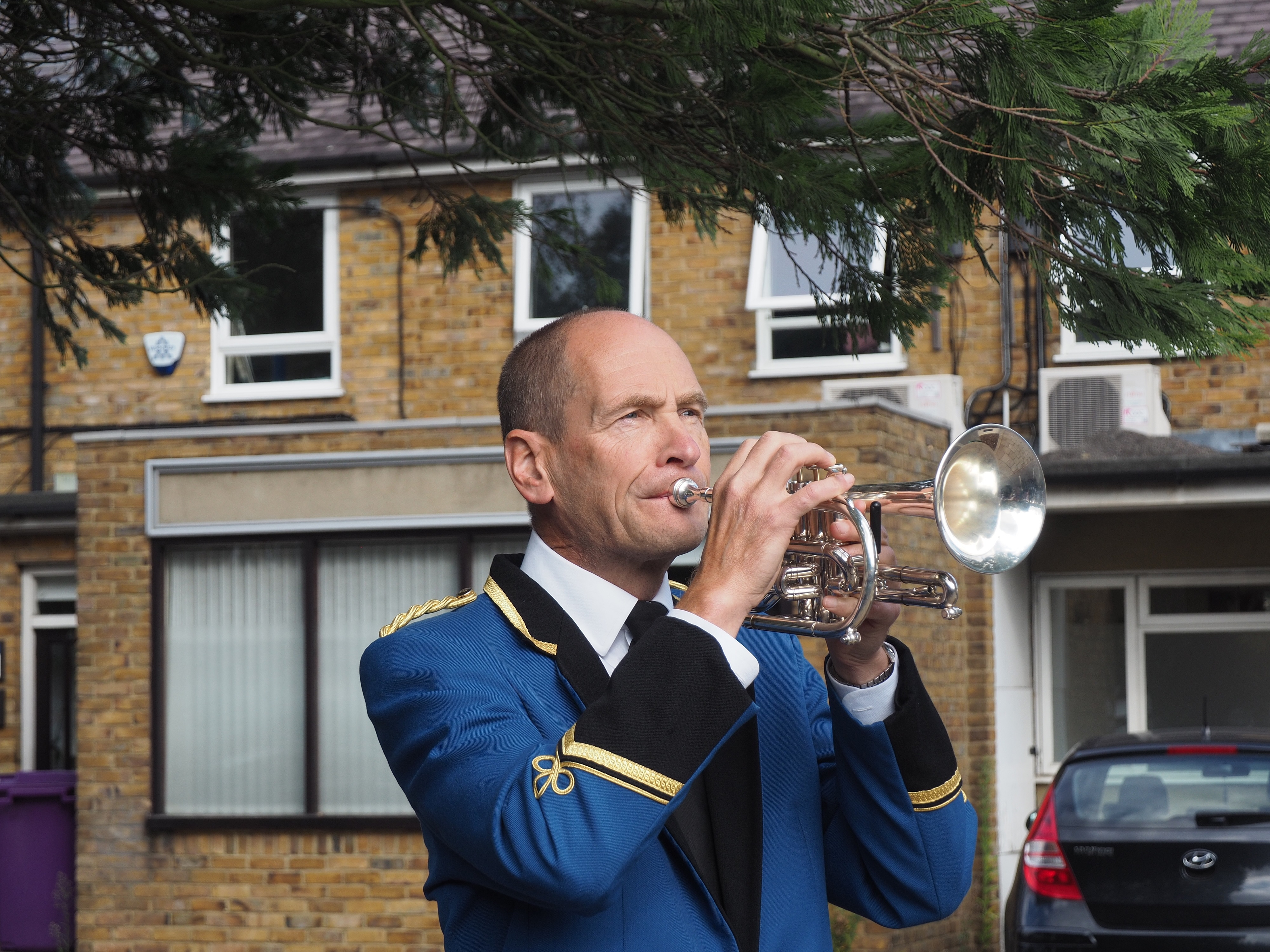