A memorial stone has been unveiled to honour five airmen killed when their First World War RAF Handley Page bomber crashed in a Golders Green street in June 1918. 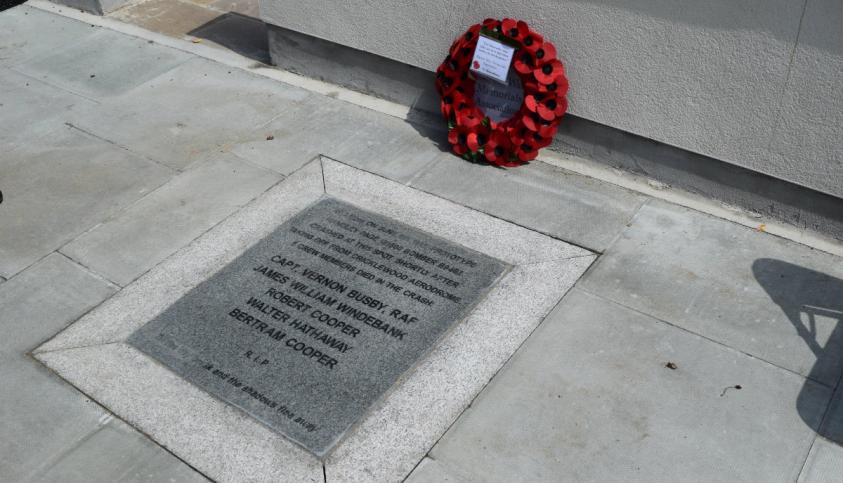 It crashed in front of 21 Garrick Avenue, leaving only one survivor – Colonel Ogilvie, a passenger in the tail gunner position.

Shortly after the Handley Page had taken flight, at an altitude of approximately 700-800ft, all four of the aircraft’s engines were heard to stop, sending the aircraft into a spin before it crashed to the ground and caught fire.

The service, held on Friday 8 June, was led by The Reverend Rex Morton, Vicar of Golders Green Parish Church, was well attended by representatives of the RAF, Barnet Council and the Handley Page Association.

The memorial stone was unveiled by the Worshipful the Mayor of Barnet, Councillor Reuben Thompstone, who also paid tribute to the fallen five with a moving address before the ceremony concluded with prayers, wreath laying and floral tributes.

The Mayor of Barnet, Councillor Reuben Thompstone said: "Six men launched on this mission, to finish the Great War sooner. Five of these brave men paid with their lives. This memorial at Garrick Road represents a key part of our local history, and the courage of men like the members of Captain Busby's crew who lost their lives in this endeavour."