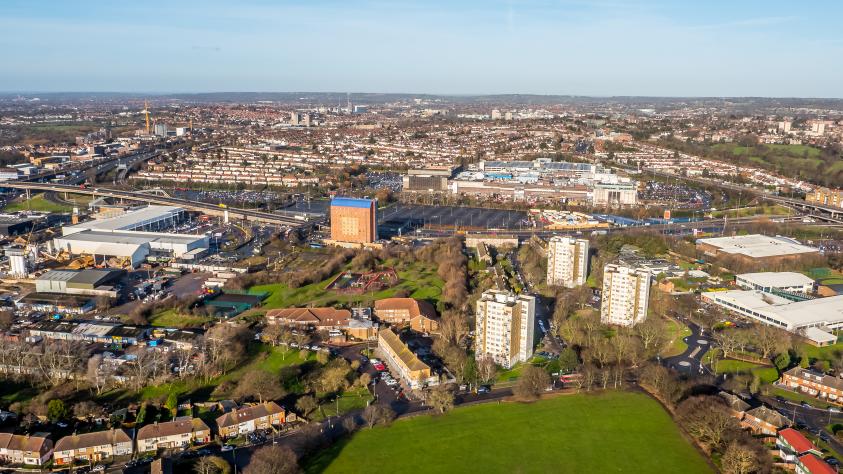 This important milestone signifies that the preparation, design and eventual construction planned for this part of London can now go ahead, with the first works expected to start in early 2018. In addition, the Chancellor’s Budget on Wednesday 16 March confirmed that the Government will release a £97m grant to contribute towards the cost of an additional Thameslink station to support the new town centre in the Brent Cross South scheme, which will also be part-funded through a business rates contribution from the Greater London Authority.

The joint venture partnership for Brent Cross South, which stretches from the North Circular (A406) to Cricklewood Lane, between Hendon Way (A41) and the Edgware Road (A5), consists of Argent Related and the London Borough of Barnet.

Argent Related, formed in 2015, leverages two respected firms’ multi-decade leadership in urban development and placemaking. Argent is the UK developer best known in London for its work on the redevelopment of King’s Cross; Related Companies is an American-based, diversified real estate company with a portfolio of 55,000 rental homes that is currently undertaking Hudson Yards, the largest private development in US history.

Barnet Council was advised on the procurement process, the final selection of a partner and contract negotiations by Re and Capita Real Estate.

Councillor Richard Cornelius, Leader of Barnet Council, said:  “The redevelopment of Brent Cross is of huge significance for the future of the borough and we have always wanted to play an active role in shaping it. By joining forces with our development partners we are making sure we get the best deal for the taxpayer as well as creating a thriving London neighbourhood which will become a model for the 21st century and beyond.

“The fast rail link into Kings Cross will play a vital part in the development of the area, and Wednesday’s Budget announcement is confirmation that we have now secured the investment we need to support the transformation of the area.”

The Brent Cross South masterplan, given consent in October 2010 and revised in 2014, includes 6,700 homes and workspace for over 25,000 new jobs; a new high street, with local shops and restaurants; improved transport connections with the new station serving the development and better walking and cycle routes; and new parks, squares and community facilities.

Kenneth P. Wong, Joint CEO of Argent Related and COO and Director of International Development of Related Companies, said, “We are extremely pleased to move the Brent Cross South development forward. We share Barnet’s vision for a dynamic town centre which will serve as a magnet for residents, workers and businesses.”

David Partridge, Joint CEO of Argent Related and Managing Partner of Argent, said, “Brent Cross South is an opportunity for us to breathe new life into an important part of London, by delivering new public spaces, amenities, homes and offices for existing and new communities.”

Hammerson and Standard Life Investments, added: “We welcome the news that Argent Related has been confirmed as Barnet Council’s development partner for Brent Cross South. It is a positive step towards creating a vibrant new town centre for North London. Together, we continue to make good progress on the Shopping Centre project and have secured planning approvals for the first phases of the masterplan. This includes the critical transport infrastructure that will enable the entire regeneration project to be delivered.”