A multimillion pound investment programme has seen improvement works carried out to almost 90 of the borough’s pavements since work began last year. 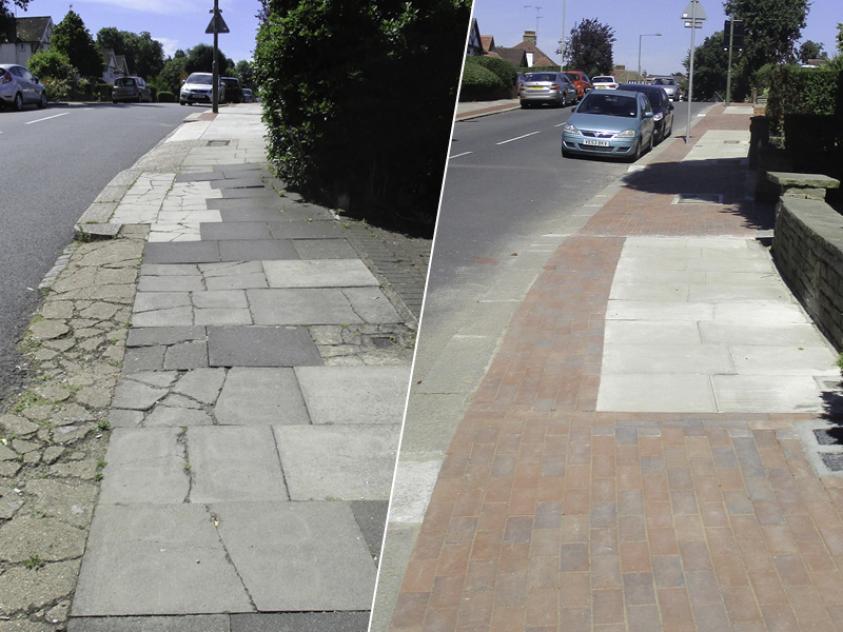 The work, which is part of a five-year programme between 2015 and 2020, will see almost £8million spent on pavements during this financial year. Barnet has one of the largest pavement networks in the capital, totalling more than 3.5million square metres.

Since work began 88 pavements have been renewed.

In a survey of residents in these streets, 91 per cent of people surveyed told the council that they agreed the work was an improvement.

Maintenance of pavements consistently ranks as one of the top priorities for residents, and the investment being made reflects the council’s commitment to keep the borough’s pavements in good condition.

Work is currently underway at eight sites across the borough.

Councillor Richard Cornelius, Leader of Barnet Council, said: “I am delighted with how positively people feel about the extensive work we are carrying out to our pavements.

“We know how important the condition of the borough’s pavements is to our residents, which is why we are making such a significant investment over the next few years.”

More details on the project and work is underway can be found online.