Barnet Council and its partners have launched a crack-down on antisocial behaviour in the Burnt Oak area after concerns raised by the people who live there. 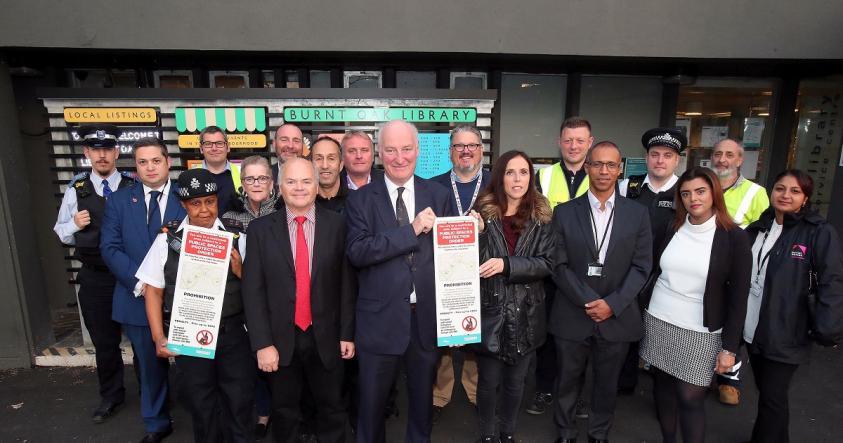 New CCTV cameras have been installed, and police and council officers have stepped up their patrols in the area. They will take tough action against flytipping, littering and antisocial behaviour, such as street drinking.

Councillor Richard Cornelius, Leader of Barnet Council, said: “Taking tough action against those that blight our neighbourhoods with their bad behaviour is a top priority. It’s right that we do what we can to crack down on the few who are causing trouble for the many residents who live here. We will not tolerate it.”

Residents raised their concerns about these issues during a recent Engage Barnet Question Time event with Councillor Richard Cornelius, Leader of Barnet Council.

The council has since introduced a Public Spaces Protection Order (PSPO) to ban street drinking in Burnt Oak’s town centre, Watling Park, Silk Stream Park and Montrose Playing Fields. New gates and fences have been installed around stairwells in Watling Avenue to prevent out-of-sight areas being used for antisocial behaviour.

Barnet Council Street Scene officers have been supported by Community Payback to clear litter in Burnt Oak. The clean-up sessions – which have already started – are led by the council, the Metropolitan Police, the London Community Rehabilitation Company (CRC) and the Probation service.

Those who see street drinking or antisocial behaviour are encouraged to contact the police on 101, SX-SNTBurntOak@met.police.uk – or 999 in the case of an emergency. If you find rubbish that has been flytipped, or witness flytipping, please report it to the council here.

Community Payback is organised by the Community Rehabilitation Company, which manages offenders together with the London Probation Service. Individuals on the Community Payback scheme are those who have received Community Sentences where there is a requirement for them to spend a specified number of hours supporting the community.