We want to hear your stories as RAF marks its Centenary

On 1 April 2018, the Royal Air Force will be celebrating its 100th birthday. Nationally, the centenary will be marked by special events, activities and other initiatives running from April to the end of November 2018. 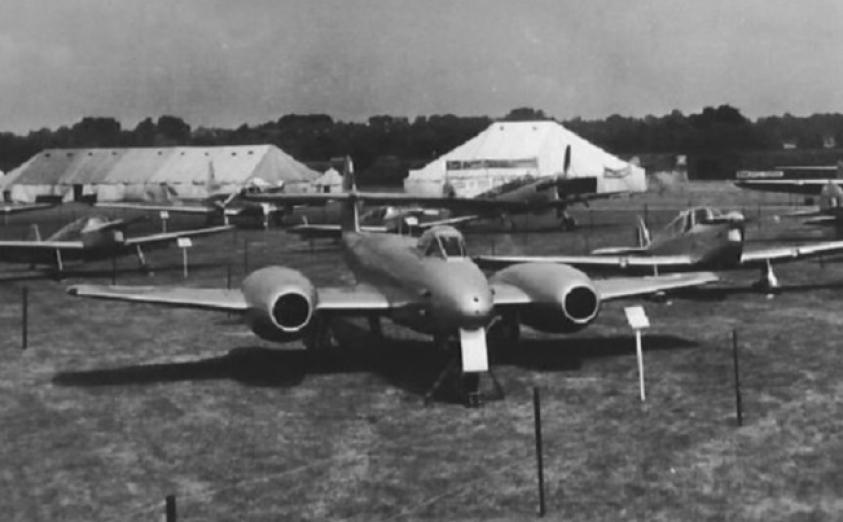 The centrepiece of RAF100 will take place on 10 July, with a centenary service in Westminster Abbey, followed by a parade in The Mall and spectacular flypast over Buckingham Palace.

Here in Barnet, we are home to the RAF Museum, opened in 1972, and to mark this special year, the council will be supporting the celebration and making some of our own archive material available for public view.
The borough has a rich aviation history, through aircraft manufacturers that were based here as well as RAF Hendon and more recently the museum.

Hundreds of residents would have worked in the industry over the past 100 years, and we are keen to hear your stories and experiences of the RAF in the borough. Send your stories and memories of the RAF to rafstories@barnet.gov.uk. We will feature some of the best ones through our social media channels and future editions of Barnet First.

To mark ‘Foundation Day’, 1 April (Easter Sunday), we have released an online presentation of some of our archive material, which can be watched here. This presentation includes pictures from airshows of the past, publicity material, famous Barnet aviators and press cuttings from the 1920s to the 1940s showcasing our rich joint history with the RAF.

Later in the year, we will be running a physical exhibition from our archives which will visit a series of libraries over the summer. We will release more information about this over the next few months. We will also be supporting the RAF Museum in promoting their year-long calendar of events to mark the occasion – find out more about their plans here.

John Hooton, Chief Executive, said: “We are proud to be home to the RAF Museum and to have such a strong connection to the aviation industry. This centenary gives us all an opportunity to celebrate the impact the RAF has had on the borough over the past century, and we are keen to hear your memories of the RAF in Barnet. Please get in touch with your stories.”