Since March 2016, we have issued penalties for the following examples of bad driving:

These yellow road markings are in place to keep entrances clear and safe for children coming in and out of their schools.

Contravention type: Stopped in a restricted area outside a school.

There are places on Barnet’s roads where making a turn or U-turn is dangerous and can block the road for others.

Contravention types: Failing to comply with a sign indicating a prohibited turn (left, right or U-turn).

Failing to travel in the direction indicated

Contravention types: Failing to drive in the direction shown by the arrow on a blue sign (left, right)

Failing to comply with a no entry restriction 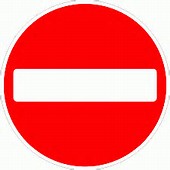 Normally forming part of a one-way system, entry to certain streets, or parts of streets is prohibited from some directions.

In some locations, exceptions may apply for certain vehicles.

Contravention types: Failing to comply with a no entry restriction.

Locations of enforced no entries in Barnet

Route for use by buses and pedal cycles only

Using certain streets in Barnet as a cut through is dangerous, so we use width restrictions to reduce traffic speed in built-up areas while allowing buses to keep moving. These are known as bus gates.

Stopping in these important junction boxes causes gridlock and delays: we want to get Barnet moving smoothly.

Contravention type: entering and stopping in a box junction when prohibited.

Read more about why Barnet needs to enforce these rules and about three traffic hotspots that will benefit.